Hello. I have no idea if this will work. I’m not even on the same plane of existence, I’m in an alternative Stockholm but in another dimension (if you can believe it, but it’s the truth I swear it). So probably can’t make a post on a forum in the old world?

But I asked Alastor (formerly known as Hot Guy/HG) to try and make a deal with the entities that can shift between worlds and do all sorts of unreal things, try to get them to make what I wrote on this note come to life on the forums. Hope they will succeed and this message will get through.

If the old forum, and the old world even exists anymore? It seemed like it was falling apart completely New Year’s Eve. I thought I was losing my mind, the sound of water in my ears, water everywhere, faceless everywhere, the worst headache I had ever experienced and my body felt like it was on fire. Things exploding around the city, cars crashing into each other. I think I even saw demons or monsters or something further away in the streets! I bet everyone was so scared, well maybe some of y’all here at Lighthouse weren’t. But I know I was.

Maybe there is just a post-apocalyptic nightmare over there now. Alastor won’t tell me anything. Which we have fought about some times. But I can’t really be mad at him, because he chose me and saved me.

Even saved my mum and brother by also bringing them to this dimension. I don’t understand how he even found them. They were just gone. But they are here now. Though my mum doesn’t speak anymore. And my brother... well he has turned into some kind of nightmarish creature. It’s sickening. Some of Alastor’s servants takes care of my brother. I sometimes talk to him through a opening in the cell where he is kept, I can’t look at him. It hurts too much...

But I believe it’s only temporary. He will be like he used to be before everything went to shit. He just needs some time. And my mum will adjust and start to like it here eventually. I’m sure of it.

Just wanted to tell those who are left that I’m doing alright all things considering. I finally got myself a boyfriend, and he is like some kind of powerful celebrity in this world! It’s Alastor, <3 he was never from our world at all, just had the ability to traverse through the planes for a limited amount of time.

He confessed to me some time after moving into my apartment after Christmas, when I was in a really bad place. I didn’t trust him at first, and didn’t believe him when he said that he felt that way about me. Thought that he just wanted to manipulate me. I had a really bad feeling. But he explained that the world is ending and even showed me visions of the world in ruins, said I’m destined to come to the dark world with him to be able to survive. I wanted to stay and fight, but he said it’s better to leave while the gateway is both open and stable, which would be a small window of time at the 31th of December.

God. I had to shoot some of the faceless to get there. I hope they were beyond redemption anyway... it was in self defense! They were coming at us like an army.

I don’t love it here. It’s like a darker version of Stockholm. Never any sunlight, just a bit lighter but still always grey sky during the days. And there’s dead people everywhere. Like they aren’t dead here, but they died in our world. I don’t interact with them much though. They frighten me. Some things are not right here...

But yeah, I’m so grateful I’m alive and that I was chosen by Alastor. I really think he is the one for me. Sure, he can be a bit possessive and I feel like there are a lot of things he is not telling me..? But we are very much in love, it’s really beautiful and passionate, and that’s what matters the most. I think. Oh and our house is the most luxurious I have ever seen. Soo huge. And he can get me (almost) anything I want with just the snap of his fingers. He has a lot of influence here.

I will try to understand how this world works. Why we can’t go outside the wall. (In this version there’s a huge wall around Stockholm). And why Alastor is gone all day. Apparently he has responsibilities, but I get lonely when mum won’t talk and he is gone. He got me a cute dog, but there’s something off about that dog. It stares at me in a really creepy way and it doesn’t act dog-like, and it always knows where to find me, in an unnatural way. It’s hard to explain. I think I need to find some friends here instead. And find a job or start studying or something. And I have to find my dad. If the people here really are dead in our world he should be here?

God I hope you all are alive. And that Anna is alive. Please be alive.

So yeah things are weird, but I will live, and I have good things going on as well, I have found love, and I will learn to adapt to this new life.

And I wanted to tell you that you all meant so much to me. I thought I was just having a mental breakdown. But you opened up my eyes. Shit. I’m out of space on this paper.

So yeah, Ari The Aries signing off. 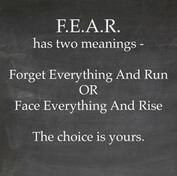